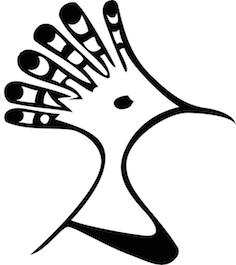 Well, Monday and Tuesday were whirlwindish. I had a rehearsal for our West End Festival read-through of the AV/KJV St John’s Gospel — all the way through, seven voices, a lot of standing up and not fidgeting (those of you who have heard me lecture can imagine how hard it is for me to not use my hands and not move around. I think Kevin assigned me to the pulpit specifically to limit my freedom of movement). Then the “Re-Writing the Bible” conference took up the rest of Monday and most of Tuesday (except another rehearsal of St John). Wonderful friend Dr Kate Blanchard was visiting from Alma College and giving a presentation at the conference, so I spent a certain amount of time explaining and showing her how marvellous Glasgow is. When I heard that Kate has a book coming out called The Protestant Ethic or the Spirit of Capitalism, so she was pleased to see our great former student and long-time professor Adam Smith (who evidently thought much more highly of Scottish universities than of what he found at Oxford). I had a paper Tuesday morning, an abbreviated version of my article on The Mountain Goats and biblical interpretation, and I think it went well. I’d have liked to play more music for the session, but there was only so much time. (The title of this post comes from one of the songs on which I was commenting. I’m not suffocating, honest.)

Yesterday I saw Kate to the connection point with her sister, then headed back to campus. I had a huge backlog of email — I still do, just not quite as huge — and I polished up the final version of my Mountain Goats article. Then it was time to attend the Bloomsday concert from which yesterday’s photo came.

Today was “intrigue the potential undergraduate Theology/Religious Studies students” day, so a few colleagues and I sat at a booth enticing passers-by to ask whether they can study joint Honours with Theology and Haggis-Making or did we make them sign a copy of the Westminster Confession before they matriculate.

The awkward news is that Margaret’s and Pippa’s visas are in a complicated limbo state; if worst comes to worst, Margaret won’t be able to apply for her visa till September (hence, no late-July reunion of the distant spouses). We’re thinking worst may not come to worst, though, and in the good news category, Margaret has been granted the status of Honorary Lecturer in — well, I guess it’ll be in the School of Critical Studies, and although she’s not covered by National Health yet, we’ve been able to make connections with people who will be her doctors.

And here’s a bit of pedagogical news: a number of my online colleagues have been passing around a story from the Washington Post; apparently a survey studied which teachers students liked (based on student evaluations) as compared to which ones actually taught them a lot (based on subsequent performance). I tend to mistrust this kind of data on principle, but I will say that it at least vindicates one of my arguments about student evaluations: namely, that “near end of term” is far too early to get meaningful data from students about a teacher. Maybe the students who thought Dr. Adam was a dreamboat, but then sagged in subsequent classes, would change their assessment after a few lower marks, and likewise the ones who slagged mean old Dr Adam as a taskmaster might think he wasn’t quite so bad after they saw how much he had helped them with subsequent courses. (On the other hand, a couple of former students have said very kind things about me this week, so “five to twenty years later” sounds to me like exactly the right time for evaluations.) People like me, who fancy themselves demanding teachers, are apt to latch onto a single survey that supports their position and brandish it; and we likewise tend to look askance at surveys that show that high student ratings tend to correlate with student achievement. But I’ll tell you what: if a survey is going to come out with one set of conclusions or the other, I’m very much more pleased they came out this way. And if you disagree, you’ll change your mind next semester.

The weather in Glasgow has been splendid the past few days. Ha!

I’m nearing the end of the Taggart DVDs I’ve been able to track down. I’ve learned a lot about Glasgow from them. For instance, no murderer in Glasgow ever kills just one person; sometimes they kill two, but three or four is much more likely. The population of Glasgow has been declining during the years Taggart has been on the air, and now I understand why. Plus, I’ve learned that the University has a serious serial killer problem. I think a third of the episodes I’ve seen have involved killers associated with the University in one way or another; I’m feeling lucky to have survived the year! It’s a salubrious reminder, though, that I should steer clear of adultery, extortion, borrowing money from hard men, and claiming my students’ achievements for my own. Which will really put a crimp in my summer plans — but at least I won’t be looking up at DS Jackie Reid (on whom I have a wicked crush) from a pool of blood. By the way, isn’t she due a promotion? And I hear that DC Fraser won’t be back in next year’s series, which will be a shame — I much prefer his character to laddish DI Robbie Ross.