It was only well into the first act that I realized I was watching a show that instilled in these young people the premise that drunkenness, thievery, kidnapping, licentiousness, and lying were amiable pastimes for friendly characters in a musical comedy. Still, the redoubtable Thin Ice Theater Company launched into Oliver! with gusto and verve. Pippa starred appeared as “Orphan” and, in an uncredited cameo, as “Night Watchman” (never has “Murder! Murder!” been shouted with such poignant urgency, such a tender compassion for the fallen streetwalker, such ironic metacommentary on the plot’s disquieting abjection of women). 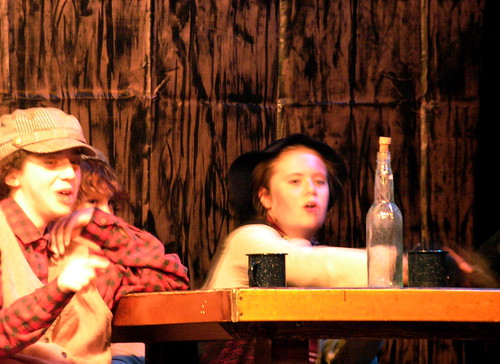 She was terrific, of course, and her choir experience contributed greatly to a production in which melody, pitch, and English accents conspired to stymie many of the young performers. 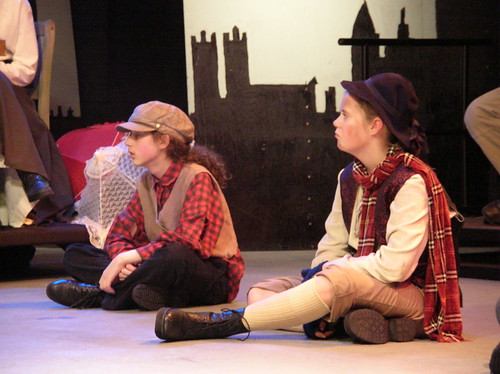 And to top it all off, Nate won a prize today for Best Student Presentation at the annual music theory association meeting. And did I mention that Margaret passed the oral exam for her doctoral program, and is visiting home for the weekend? Are they marvelous, or what?