Chapel Hill, NC – Researchers at the Dean Smith Center for Interspecies Cooperation have released a report that should be required reading for every dog owner. Their preliminary findings suggest that the thin plastic bags that many owners use for cleaning up after their dogs transmit some of what they’re expected to contain.

“We ran a series of initial tests at the request of a public health department,” said Prof. Herb Eagle, “and observed right away that the two main bacterial contaminants — around the lab, we were joking around and called them ‘poop’ons — can’t pass through the plastic barrier. One kind, the white poopons, cause more of a smell than the black ones, but both black and white have a gross molecular structure that will stay inside all standard plastic containers.”

Prof. Eagle went on to say that one afternoon they noticed that bags that were supposed to be tied off and sealed were nonetheless emitting an unpleasant odor. Further analysis revealed that among the samples in the test, not only were there the expected black poopons and white poopons, but a third and rarer bacterium with some characteristics of each. This third sort of contaminant has a tighter structure that enables it to pass through the thinner plastic bags that some dog owners use — the bag that protects the Sunday New York Times, for instance, or fresh produce bags, especially the semi-porous green bags often used at up-market organic grocers.

“We called this third kind of contaminant the ‘grey poopons,’ ” explained Prof. Eagle.

Officials at the Smith Center expressed appreciation for the importance of the discovery and advised dog owners to stick with heavy-gauge plastic refuse-removal conveyances. They referred inquiries about the formal name of the newly-found hazard to Prof. Eagle, who admitted that “no one wants it named after them.” For the time being, it will presumably be identified with the research center that first isolated it. 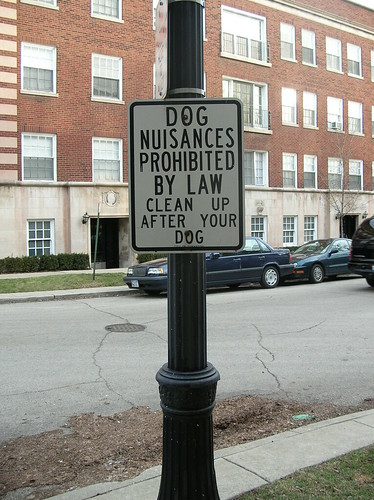