Up early in the tropical morning air, and decided early on to take an untimed, short-step, slow run for the day, allowing for a stop along the way to take a photo for Margaret. I realised in the last stretch that if I were going to aim at a slow-run day, I really ought to have taken my mile-and-a-half route, but as I was so near home, so hot and uncomfortable, there was no way I would voluntarily add another half mile to my exercise. That sort of decision must be made while I’m still fresh and foolish and not desperate. 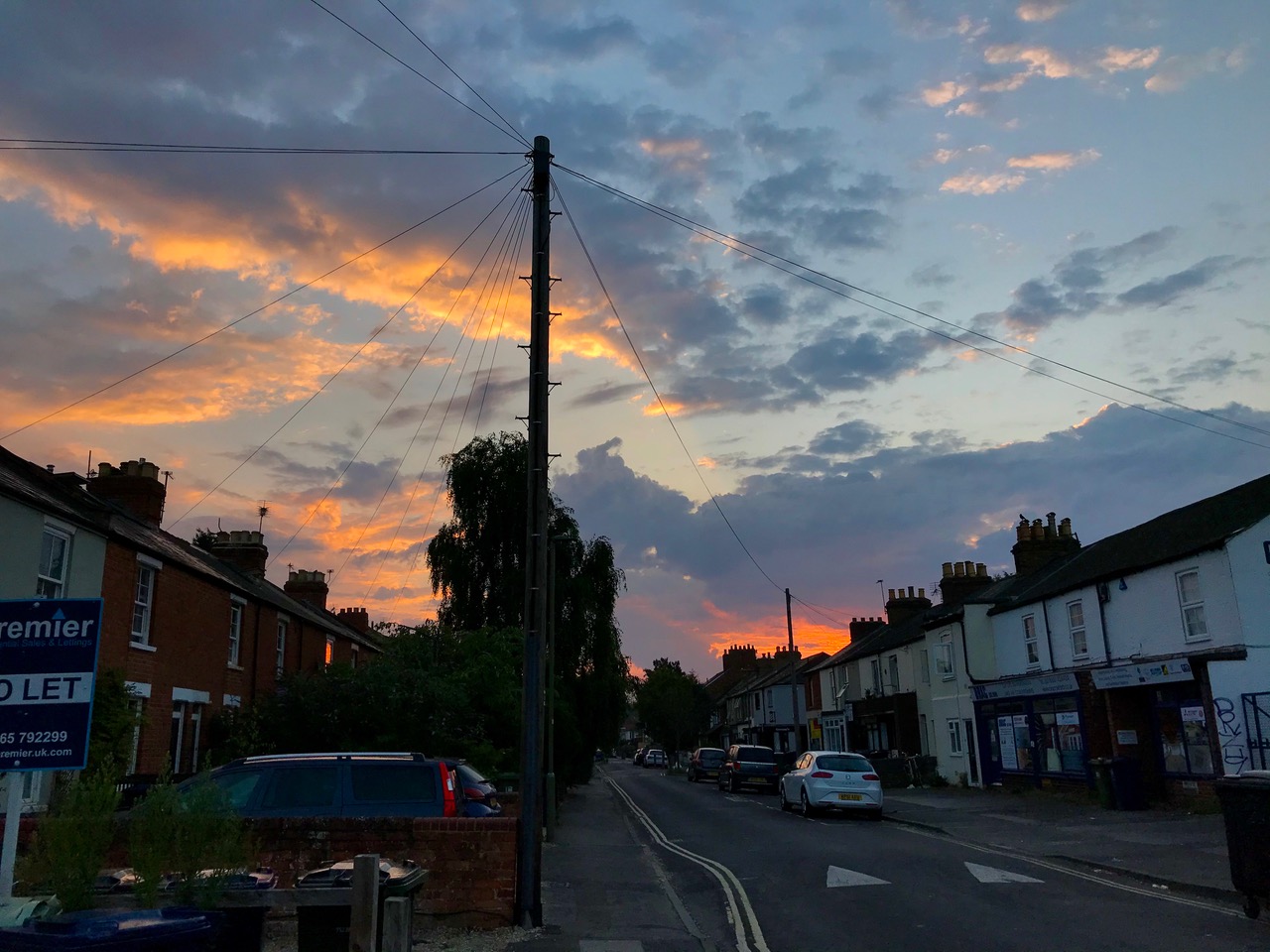 Morning Office, hot breakfast, going back over Newman on biblical interpretation in preparation for a tutorial talk with one of my Orielenses, which talk then occupied the rest of the morning. Lunch at midday, and the afternoon spent on Wittgenstein (I wish I could make an explicit connection to the two, no three research projects I’m responsible for at the moment, but I can’t). My energy petered out toward teatime, and after a visit with a friend we ordered pizza from BBuona and watched more episodes of The Deceived (jeering at the misconduct at every turn, but curious to know how it plays out).