I scooted north to the opticians’ this morning to pick up my new prescription. I wasn’t expecting a huge difference, and neither in appearance nor function have they changed a lot. They do supposedly help with reading and close work; I haven’t tried much yet, but I’ll take the optometrist’s word for it for now. I did notice the combined effect of the changed prescription in the lower part of my bifocals and the effect of having vigorous new glasses that ride higher on my nose than did the tired old specs. So, the transition point from far to near is higher than it used to be, and the prescription for near differs from what my eyes were used to, so I’ve spent much of the day wondering why the sidewalk is doing those strange things. 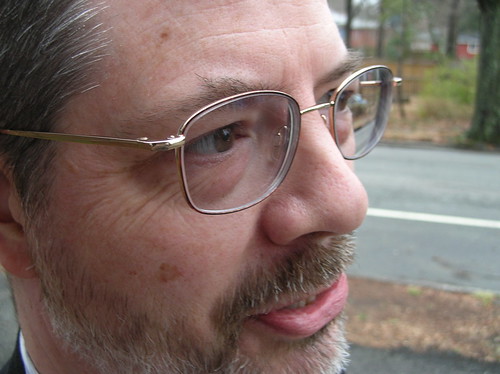 On unrelated notes, I have enjoyed reading Henry Jenkins’ “If It Doesn’t Spread It’s Dead (Part One),” Charlie Leadbetter’s white paper on broadband as an economic stimulus (linked from David), and Steven Bell’s article on how libraries best connect their readers to digital resources.

On a further unrelated note, my Mom asked what the point of Twitter might be. I had to admit that I haven’t drunk the Twitter Kool-Aid yet; I use it incidentally, and sometimes I use it purposefully (if I have a question about something that my digerati friends might know about), but mostly I’m just keeping my toe so that when Twitter turns into something more interesting, I’ll already be acquainted with it. 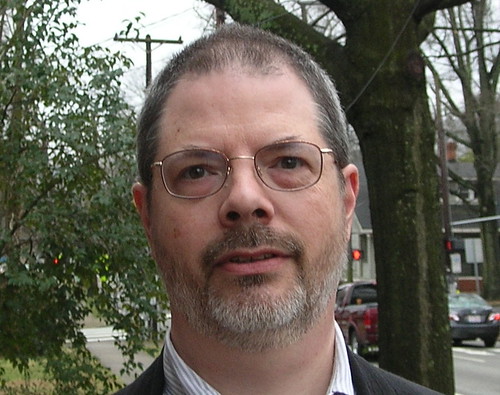