We’re leeching wifi from our friends — here are some pictures I wanted to send along: 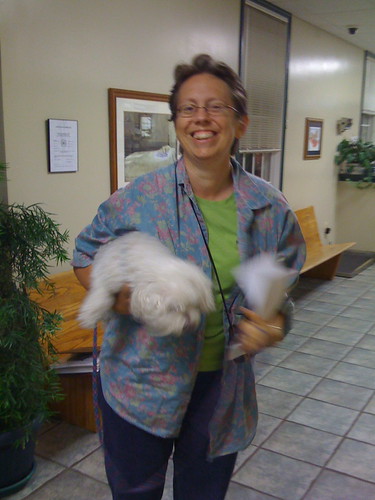 Bea was wiggling so furiously that there was no chance of getting a clear image in the hospital lobby.

The Bulls game last night was a satisfying win for the home team. It was my first trip to the new Durham Bulls Athletic Park — the replacement for the Durham Athletic Park made famous in Bull Durham. At one game, the outfield Bull prop did its routine, eyes flashing red and steam shooting from its snout, and scared the living daylights out of a young Nate Adam. Last night, a new simulacrum of the old Bull (itself added just for the film) scared the bejeebers out of our friend Luke Musser — in keeping with an honorable tradition, now. 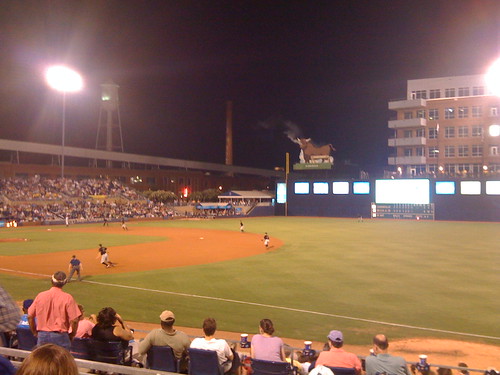 Oh, and we have reached the conclusion that I have plantar fasciitis in my left foot (a physician friend concurs) — explaining the persistent pain in my heel. It’s unpleasant, but it’s not as bad as some of the alternatives I imagined.