I have for a very long time held a special place in my heart for Louis Ginzberg’s Legends of the Jews, a valuable six-volume compilation of the truly mind-bogglingly vast array of sources that expatiate on the narratives from the Bible. I first consulted a copy in the Yale Div library when I was training there for ordination; I bought a copy of my own as soon as we could afford one; we have given it as a bar mitzvah gift; and I recommend it to non-specialists as often as possible, as a profoundly valuable record of the reception of the Bible and a cracking amplification of the biblical story.

While one can retrieve all six of Ginzberg’s volumes from the public-domain web, there are numerous difficulties with reading the PDFs. There’s the intrinsic problem of dealing with PDFs, of course, especially page-scanned PDFs. More intensely frustrating, Ginzberg provided the endnote references and comments in entirely separate volumes (notes for Volumes I and II appear in Volume V; notes for III and IV appear in Volume VI). Some readers will want to see the notes right in the text as they go along; some would rather not see the notes at all, and some might want to see the notes in a pop-up format (as in Kindle and epub files). Having to consult a separate PDF to keep track of the notes, some of them multiple pages, can be intensely frustrating.

Further, the OCR for the text can be unreliable (and some PDFs aren’t OCRed at all, I think), making text searches a headache.

For all these reasons, and because I love the book, its sources, and midrash in general, I have long wanted to generate a good, readable, notes-included reference version of Legends. I have put it off because it’s a beast of a job; even copy-and-pasting notes into the body of the text (while at the same time checking typos and OCR problems, oh, and adding Hebrew text in the notes). Lockdown and quarantine, and their consequent effect on the attention span for my own research and writing, and the soothing effect that focused text manipulation has on my peculiar neurology, all meant that the last months provided a convenient opportunity for me to set about producing my first version of Volume I (incorporating notes from Volume V). 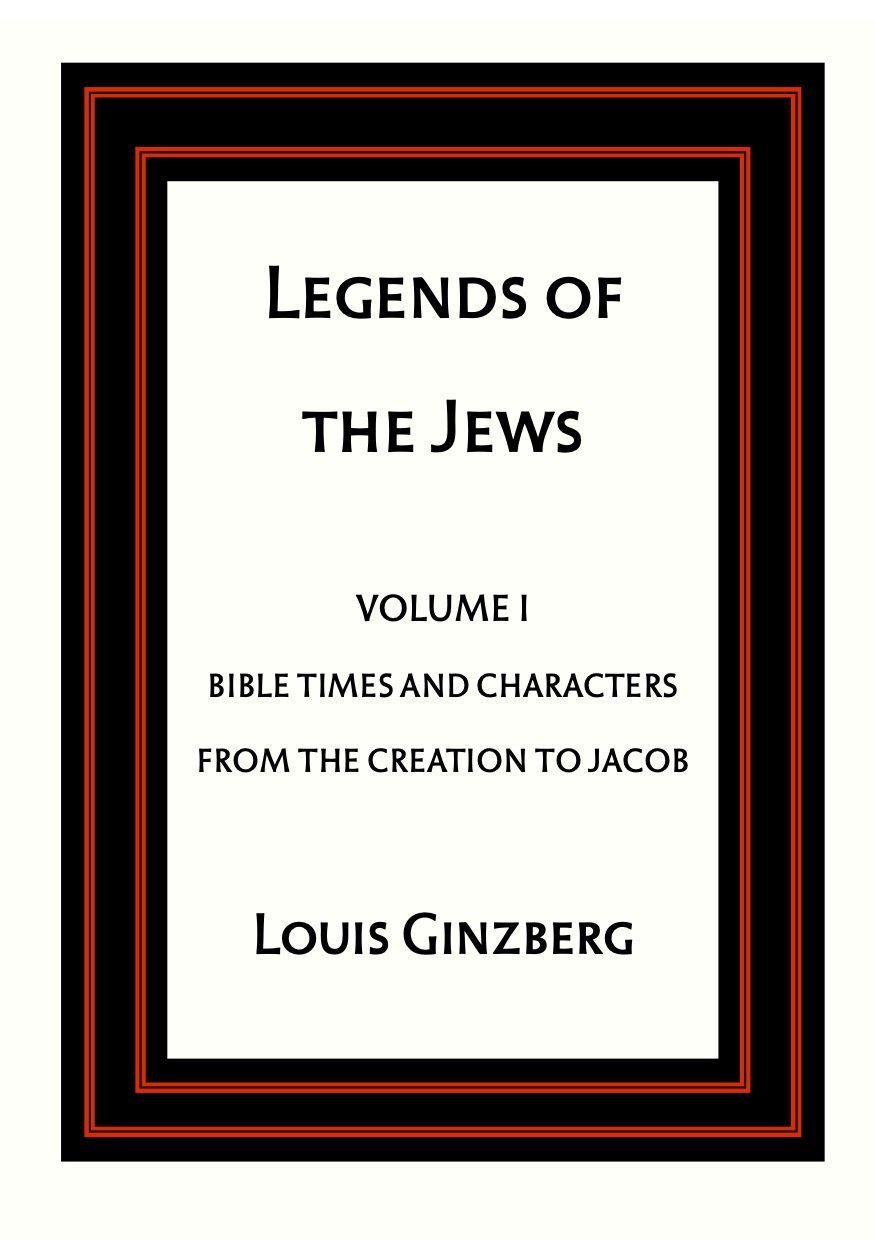 In reproducing Ginzberg’s text and notes, I encountered numerous small, obvious typos in his edition. I’ve corrected these without calling attention to them, as many readers may have not noticed them anyway. At the same time, though, I have probably introduced some typos myself, and if anyone notices one, I’d be grateful if they called it to my attention. I’ll gather and correct such mistakes in a subsequent version, if more than one or two turn up.

I’ve produced a Reference Edition (footnotes), a Reader’s Edition (endnotes), and an epub edition (for which some of the formatting had to be altered). In each, the original page numbers of Volume I are included between braces (for reference; I didn’t have the manic determination to track the original pages of Volume V in the notes).

Legends of the Jews, Volume I, Reference Edition

Legends of the Jews, Volume I, Readers Edition

Legends of the Jews, Volume I, Epub Version

(These links point to archive.org — the files are too large for WordPress’s file transfer allowances.)